Actress and drinker extraordinaire, Michelle Rodriguez, has been released from jail after serving only 17 days of her 180 day sentence.

An early release seems to be the norm these days in Hollywood – remember Lindsay Lohan’s 18 hours and Nicole Richie’s 84 minutes? The Judge in this case ruled that under no circumstances should Michelle be released early, but obviously the Los Angeles County Sheriff’s office doesn’t care much about that order.

When she was first sentenced, Superior Court Judge Daviann L. Mitchell forbid an early release for Rodriguez. However, the sheriff could have had no choice but to override that order due to jail overcrowding and let her out for good behavior, legal experts say. Michelle Rodriguez Is Out of Jail – The Evil Beet

I just thought of a great way to combat overcrowding and thus releasing celebrities early…make them do their time at a YMCA. Give them a room and tell them to deal with it. Put a celebrity in the trenches with the “unfortunates” and perhaps they’ll think twice about screwing up the next time. Jail is way too easy for celebrities these days. Rehab too. Commit them to the YMCA and don’t let them leave until they’re sentence is fulfilled. 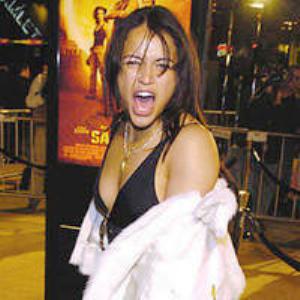