From Moses to a planet of apes to President of the National Rifle Association, Charlton Heston could do it all.

“Charlton Heston was seen by the world as larger than life. He was known for his chiseled jaw, broad shoulders and resonating voice, and, of course, for the roles he played,” Heston’s family said in a statement. “No one could ask for a fuller life than his. No man could have given more to his family, to his profession, and to his country. In his own words: ‘I have lived such a wonderful life! I’ve lived enough for two people.'”

That life came to an end this past Saturday night in Beverly Hills. Charlton Heston was 84 years old. No official cause of death has been named, but in 2002 Heston revealed that he was experiencing Alzheimer’s systems.

“If Hollywood had a Mt. Rushmore, Heston’s face would be on it,” Michael Levine, Heston’s rep of 20 years, told the Associated Press. “He was a heroic figure that I don’t think exists to the same degree in Hollywood today.”

“So that this nation may long endure, I urge you to follow in the hallowed footsteps of the great disobedience of history that freed exiles, founded religions, defeated tyrants, and yes, in the hands of an aroused rabble in arms and a few great men.” – Charlton Heston 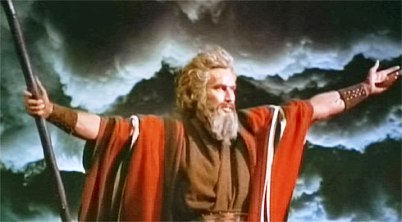 Some of the most classic Charlton Heston movies include….
Ben Hur
Planet of the Apes
The Greatest Show on Earth
The Greatest Story Ever Told
The Ten Commandments