A little part of my heart was crushed last night when Boston Rob’s torch got snuffed out on Survivor: Heroes vs. Villains. But I will be strong, and carry on.

And continue to hate on Russell even though I know darn well he’s an outstanding player and deserves to still be on the island.

Whatever. Russell’s still a jerk. And way too full of himself. Even Boston Rob thinks so. When asked how he felt about the way Russell played the game, Rob couldn’t have said it any better:

Parts of it were brilliant, and parts of it were idiotic—sabotaging the team, hiding the machete, it does no good for anyone. I don’t think I could ever play the game with Russell. It’s a shame—because I think together we’d be great—but I think he’s more of a legend in his own mind than he is an actual legend. All this self-proclaimed “I’m the best, I’m the hero” stuff—it’s pretty bad considering the company you’re in. I’m probably one of the most cocky guys you’ll ever meet, but there’s a fine line between cockiness and arrogance—and he’s just straight-up arrogant.

This isn’t the last we’ll see of Rob – or his fellow-Survivor-player wife Amber.

The adventure continues. We’re taking a little time off. We’re enjoying our daughter. You never know. CBS and Mark Burnett have been great to me and my wife over the years. You have to wait and see, but I don’t think this is the end.

I’m still going to miss him for the rest of this season though. The finale and reunion show are going to be so fun! 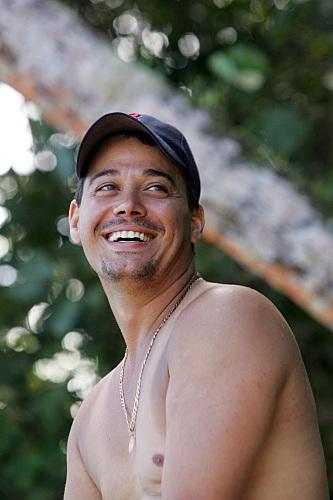