It seems the past few months have not been kind to the troubled Two and A Half Men actor, and it doesn’t look like the hard times will stop anytime soon. It’s becoming very clear that if Charlie Sheen does not get serious help, he’s going to die.

And all this “yeah but he makes it to work” crap is just that – CRAP! There’s a huge difference between a functioning addict who drinks a 12-pack every night and still gets to work every morning, and a spoiled actor with way too much money who binges and goes berserk several times a month.

Enough is enough. It’s time for Charlie Sheen to grow up, and for those around him to stop enabling his raging-drug addict ass.

In the latest installment of Charlie Sheen troubles, it’s being reported that he was taken to the hospital early Thursday morning for an unknown reason.

We’re told Charlie was taken out of his home on a stretcher and loaded into an ambulance at 7 AM.

Two young women exited the house at the same time Charlie was taken out with a towel partially over his face.

Charlie was transported to Cedars-Sinai Hospital in L.A. We’re told tests were performed and doctors are waiting for results.

We’re told Charlie’s father, Martin Sheen, and his mom, Janet Templeton, are at the hospital. Charlie’s ex-wife, Denise Richards, is also there.

UPDATE: Charlie’s medical emergency will not immediately affect production … “Two and a Half Men” is on hiatus this week.

Like I said – rehab or death. Those are the only two choices at this point. 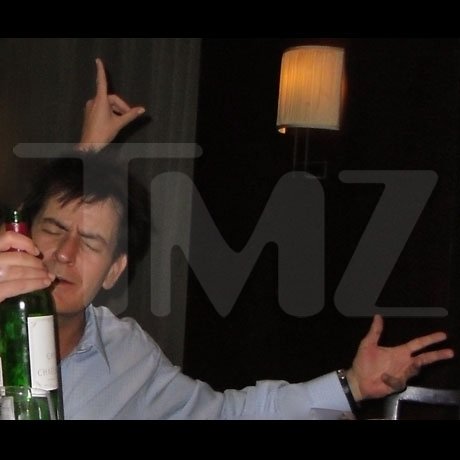