Another member of the Dynasty family has died.

Actor Christopher Cazenove, who played the evil cousin of John Forsythe’s Blake Carrington, had been suffering from cancer for the past year, has died of complications from septicemia.*

“Christopher died peacefully surrounded by his loved ones having contracted septicemia at the end of February. Despite a valiant fight and the untiring efforts of the wonderful team at St Thomas, he was overwhelmed. All who knew and loved him will be devastated by the loss of this incredible man.”

Over the past forty years, Christopher Cazenove appeared in several movies and TV shows, including: A Knight’s Tale, 3 Men and a Little Lady, Charmed, Tales from the Crypt and Nash Bridges. 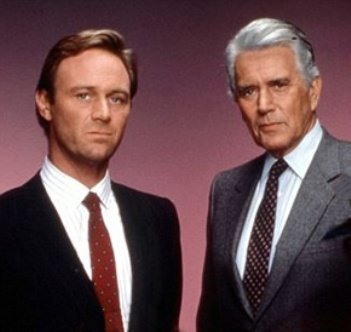 *Septicemia: (also septicaemia or septicæmia or erroneously septasemia and septisema) is a related but deprecated (formerly sanctioned) medical term referring to the presence of pathogenic organisms in the bloodstream, leading to sepsis. The term has not been sharply defined. It has been inconsistently used in the past by medical professionals, for example as a synonym of bacteremia, causing some confusion. The present medical consensus is therefore that the term “septicemia” is problematic and should be avoided. [source]