OJ Simpson is finally going on trial in Las Vegas for his participation in a botched robbery last September.

Today the 12 members of the jury was selected. They are all white. But don’t worry, that won’t affect anything.

LAS VEGAS, Nevada (AFP) – An all-white jury of 12 was chosen to decide the fate of OJ Simpson who faces trial on kidnapping and armed robbery charges that could see the former football star jailed for life…

In the state of Nevada, kidnapping and armed robbery both carry potential life sentences…

She wanted to be sure that the jurors would not be biased against Simpson, who is African-American, and was acquitted of the 1994 slaying of his ex-wife, Nicole Brown Simpson, and her friend, Ronald Goldman, both of whom were white.

“If you are here thinking you are going to punish Mr. Simpson for what happened in Los Angeles in 1995 this is not the case for you,” Glass said Monday.

“I mean really, truly, folks,” Glass said. “I’m not kidding around. Can you put that aside and understand that the case we are trying here and the info you’re going to hear about here is totally separate from that case?” 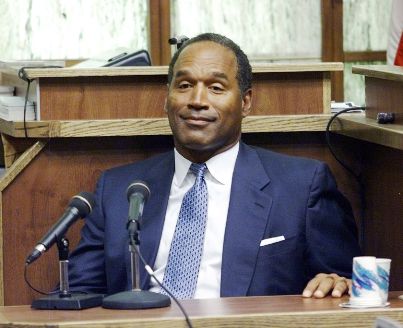