I thought it might be fun today to look at some of the recent rumors and make total assumptions about what is really going on. That is, after all, the point of gossip.

The Gossip: Paris and George have been spotted together alone twice recently, once at the Whiskey Bar and then again at Dan Tana’s. 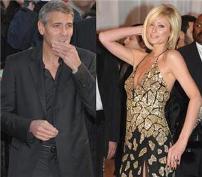 The Assumption: The baby Kelly Rutherford is carrying does not belong to Daniel Giersch. Duh! 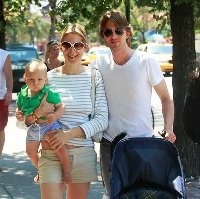 The Gossip: Katy Perry and Gym Class Heroes frontman Travis McCoy have broke up, reports People…[McCoy] posted the lyrics to “Looking at the Front Door” on his blog. After that, he posted the short message: “My Laptop is my new b****. LOYAL. LISTENS. and NEVER LET’S ME DOWN.”

The Assumption: Katy Perry has had a taste of fame and she likes it. Travis McCoy, on the other hand, does not like Katy’s fame because it’s turned her into a selfish ungrateful @@@@@ who’s taken to the habit of stabbing people in the back. 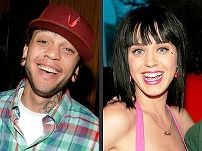 The Gossip: According to a report by the New York Post’s Page Six column, the crappy new year got started with an argument while the duo was partying with family at Set in Miami. Round two “went nuclear” with another screaming match at Mansion, which spilled out into an alley behind the club, where [a] hobo witnessed Lindsay explaining/shouting at Samantha how this whole pitching-a-fit thing works: “When I storm off, you are supposed to follow me!”…Further discussions erupted later at their hotel room where several sources heard crashing and screaming. The fight reportedly spilled into the hallway at about 11 a.m., where a spy said, “They were punching each other—it was bad. And they were doing this in front of all of us. It was scary.”…Page Six reports that at one point, Lohan dropped to her knees and cried, “Why are you doing this to me?” And Sam just said, “I don’t know you.”

The Assumption: Sam Ronson, sick of Lindsay Lohan’s obvious emotional immaturity stepped outside of the relationship. Hey, what other option do you have when you’re dating a bat-@@@@ crazy celebrity who has propelled your career more than you ever could have on your own? 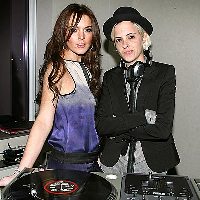