Home
Hollywood Gossip
Octomom Nadya Suleman Has Angels In Waiting. Or Does She?

Ok, I’m totally confused. Does Octomom Nadya Suleman have around the clock care for her 14 children courtesy of Angels in Waiting or not?

This morning I read this on Hollywood Grind:

Angels in Waiting is hopping mad that Nadya Suleman said she accepted their nursing support offer to help care for her 8 babies when they are released from the hospital. In fact they released this statement:

AIW Home Care is NOT and HAS NOT been connected in any way to Nadya Suleman, the Octuplets’ Mother in California who gave birth to 8 additional children.

Angels in Waiting Home Care is NOT donating or supporting Nadya Suleman in any form.

Angels in Waiting Home Care has NEVER been associated with Ms. Suleman in any form.

Any company or persons using ANGELS IN WAITING Home Care is in violation of TRADEMARK LAWS and AIW Home Care will pursue legal actions against anyone violating them.

Then this afternoon I read this on [UsMagazine.com]:

Representatives from Angels in Waiting detailed the care they’ll provide for Nayda Suleman’s octuplets in a Wednesday afternoon press conference.

The charity organization says the preemie tots will require 64 feedings a day, each lasting about 20 minutes. Six nurses will provide specialized care — including physical therapy — and recommends 11 nannies will watch over Suleman’s 14 kids.

Angels in Waiting staffers have coordinated with the octuplets’ medical team at the hospital to make sure everything is in place before the twins begin coming home (which could happen as early as this week; the babies will be released in sets of two), according to lawyer Gloria Allred and the charity’s founder, Linda Conforti West.

So what’s the deal?? Is the baby-making machine getting help or not? Or are all the costs going to fall on Mr. and Mrs. Taxpayer? 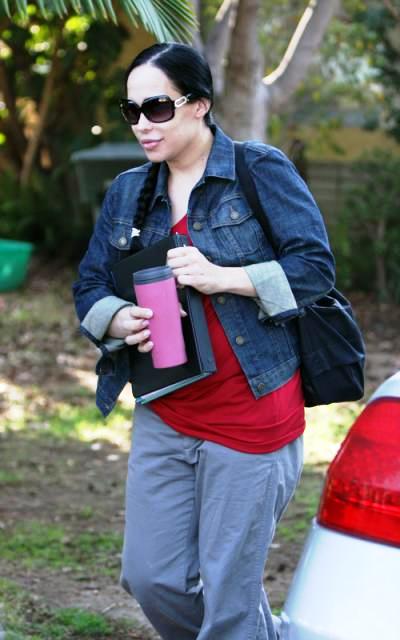