Ok, so we now know that Lindsay Lohan’s house wasn’t actually broken into, and that the colossal mess inside was actually created by Lindsay herself.

Dang, how dirty does your place have to be for police to think it’s been ransacked? Gross.

But her alarm was tripped, that’s true, and the culprits were caught on surveillance video.

“On May 12, 2009, a pair of burglars attempted to break into a home in the Hollywood Hills during broad daylight and their images were caught on surveillance video. The Los Angeles Police Department is asking for the public’s help in locating those suspects as well as the vehicle,” a spokesperson for the LAPD said in a statement released to Access Hollywood on Thursday.

The suspects exited the car and “walked through a gate and entered the backyard of the residence,” according to the police statement.

“Investigators believed that the suspect tried to gain entry by using an unknown type tool to pry open a back window and door. After the unsuccessful attempt, the suspects drove off.” One suspect covered his face with a bandana. He was also wearing a “two-tone baseball cap with an emblem,” the statement continued. 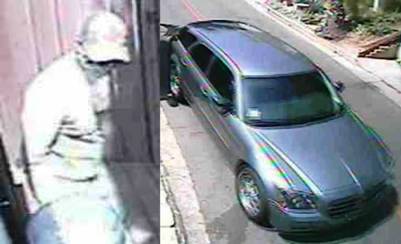 This next little story is related to Lindsay Lohan only in that it involves a crazy-ass driver and the police.

Fort Wayne police Sgt. Mark Walters says 36-year-old Jermaine Askia Cooper told officers he “knew he was going to jail for a while” and wanted to get one last burrito. 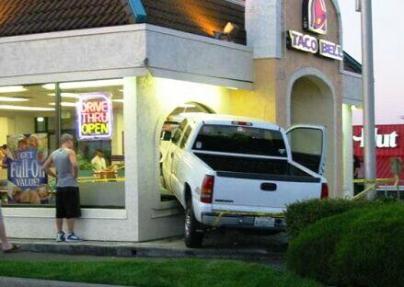