They had been threatening it for a while, and they finally followed through. Comedy Central roasted Charlie Sheen on Monday – the same night as the much-hyped Two and a Half Men premiere on CBS.

As with most roasts, there were some really hilarious moments, and some really “uh, did they just say that” moments (I’m talking to you Amy Schumer). But all in all, I would say the roast of Charlie Sheen was a success.

After all, roasts are meant to be racy and uncomfortable at times. Roasts give us permission to laugh wholeheartedly at an absolutely inappropriate joke; the types of jokes we say in our head and chuckle at inside but would never dare enjoy out loud. And it feels good! 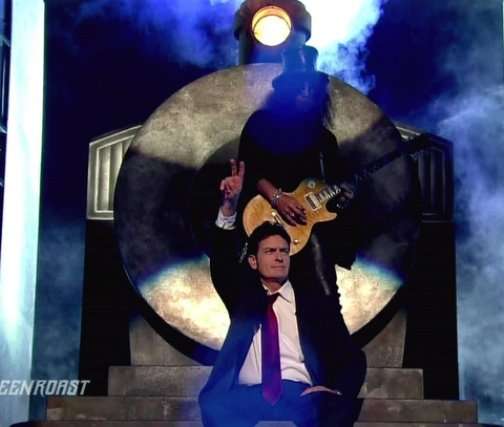 I’m going to give William Shatner the Best Line Of The Night Award for his “Who’s the warlock now, bitch?” exclamation.

Amy Schumer took a moment to make everyone squirm when she pointed at joke at Steve-O and his newly-diseased friend Ryan Dunn.

“Steve-O, I truly am–no joke–sorry for the loss of your friend Ryan Dunn,” said Schumer in reference to Ryan Dunn’s untimely death earlier this year. “I know you must have been thinking, ‘It could have been me,’ and I know we’re all thinking, ‘Why wasn’t it?’”

The crowd laughed and then added in some “ohhhhs.” When the camera showed Steve-O, the Jackass star looked visible shocked and upset.

When it came time to rip on Charlie, she wasn’t so outrageous, however.

Mike Tyson is far funnier than he is often given credit for.

When all was said and done, Charlie Sheen got serious. And it was actually kinda nice.