I got back from the land of no internet a few hours ago; and I must say, as much as I enjoyed where I was and am happy I spent the weekend there, I’m quite happy to be home. I missed my laptop very much.

Skimming the gossip I missed, it looks like the Spencer and Heidi Pratt “I’m a Celebrity…” saga is still going strong. And now there are allegations of torture.

Yes, the Pratt brats are crying foul and threatening to sue NBC over what they say was such horrible treatment upon their return to the show it sent Heidi to the hospital.

First, Heidi Pratt was said to have been taken to a Costa Rican hospital where she was diagnosed with a gastric ulcer. According to Spencer’s tweet, his wife was “locked in a dark room for 3 days w no food or water”.

Then NBC stepped up and said that was a bunch of whooey, that Heidi was in the room for a maximum of 10 hours, had both food and water, and that medics were on the scene at all times during filming.

The company that produces “I’m a Celebrity…” is also calling the Pratt brats out on their crap. ITV Studios says that Spencer’s claims are “untrue” and that “the health of the celebrity participants are of the utmost importance…allegations of the celebrities being deprived of food and water are completely untrue.”

By this evening, people working behind the scenes in the Costa Rican jungle took the counter-attack on Spencer once step further saying… 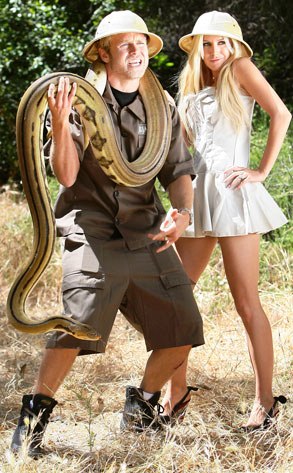 Meanwhile, the circumstances around David Carradine’s bizarre death have gotten even more bizarre.

According to a hospital worker in Bangkok, David Carradine’s official cause of death will be listed as suffocation. The same worker, who observed the autopsy, also said there were no marks or bruises on any other part of the body besides the neck.

After reviewing surveillance footage from outside the actor’s room and interviewing all of the hotel staff, Thai police have concluded that Carradine was alone in his room when he died.

As if the whole situation itself isn’t hard enough, David Carradine’s family has had to release a statement after a photo of what is said to be the naked actor hanging from a bar in the closet with his genitals tied and his hands tied above his head, appeared on the cover of a tabloid in Thailand.

“The family wants it understood that, per attorney Mark Geragos, any persons, publications or media outlets will be fully prosecuted for invasion of privacy and causing severe emotional distress if the photos are published.”

Closer review of the photo revealed what appeared to be fishnet stockings covering the body. There is also red women’s lingerie on the bed, and what may be a black wig.

The family of David Carradine is still not convinced that foul play was not involved, and has asked for the support of the FBI. 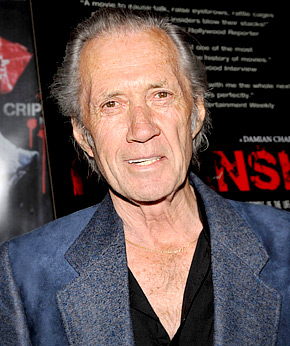 So I guess I didn’t miss too much; Spencer and Heidi Pratt are still ungrateful spoiled brats, and David Carradine’s death is still odd.

And now it’s time for me to get ready for tomorrow. Oh joy! It’s Monday – and we all know how wonderful Mondays are. 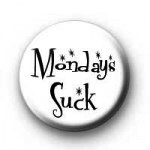