Born on August 26, 1935, Geraldine Anne Ferraro grew up in New York to become a teacher and a lawyer, and later a Democratic Party politician and member of the U.S. House of Representatives.

In 1974 Geraldine joined the Queens County District Attorney’s Office where he headed up the Special Victims Bureau, a new department dealing with domestic violence, child abuse, and sex crimes.

Geraldine Ferraro was elected to Congress in 1978 and quickly climbed the party’s ranks, while focusing on legislation to bring equality for women in the areas of wages, pensions, and retirement plans.

In 1984, former Vice President and presidential candidate Walter Mondale asked Ferraro to be his running mate in the 1984 race for President.

Although Mondale initially received positive polling and support for his choice of running mate, it quickly faded as questions about the finances of Ferraro and her husband began to pop up. 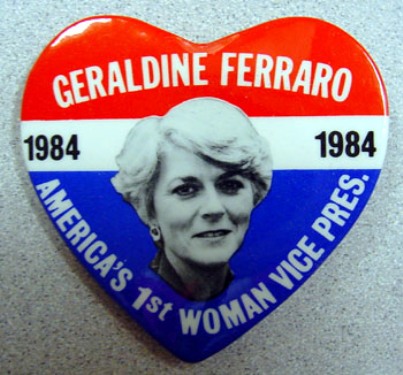