Home
Hollywood Gossip
Kim Kardashian Finally Got Someone To Marry Her.

I wonder if she had a golden bridal shower. Yeah, I said it – so what? She started it. I mean, is it my fault the big-butt of no talent made a name for herself by selling a video tape of a man pissing on her? No!

So yeah, Kim Kardashian married her boyfriend of no-time-at-all, Kris Humphries, over the weekend in Montecito, CA. and she pretty much almost ruined the wedding day of another – much less famous – bride while doing it. Awesome; that’s classy.

Often times, I find others say things better than I could say them myself, and it’s just better to hear it from them. Such is the case with my disgust with Kim Kardashian and her fame-whoring bridal ways.

That being said, come laugh (and verp) along with me as my dear friend DivaJulia of Dipped In Cream takes us through the highlights of the spectacle that was the Kim Kardashian/Kris Humphries wedding…..

Here’s the main reason I’m in a huff. It’s being widely reported that a bride who was to be married this weekend at The Four Seasons Biltmore Hotel, where the Kardashians stayed prior to the wedding (which took place at an estate elsewhere in Montecito) pretty much had her Big Day ruined by the chaos created by the K’s, their security and the media.

“While the family has reportedly been staying at the Four Seasons Biltmore in Santa Barbara in preparation for the day, it is rumored that the security is becoming a problem for another bride, states RadarOnline.com. “My good friend is paying a fortune to have her wedding here tomorrow and she was not even allowed in the bar where her whole wedding party was having a party!” a woman commented about a moment where security blocked everything for Kris Humphries who was going into the bar area.

Another guest at the hotel has also reportedly complained about his wife not being allowed back in the bar after she got up to use the restroom.”

Do you have any idea the expense and advance booking involved for a wedding at The Biltmore? It’s a gazillion dollars and at least a one year in advance planning–THAT’S how much. (It’s gauche to actually ask the pricing of booking a wedding there. Let’s just leave it at that.) I really hope the Four Seasons Hotel made it up to that other bride who got the raw end of the Kardashian chaos. Someone owes her a great big apology.

…I hope everyone realizes these people didn’t pay one single DIME for this grand affair. In fact Kim, et al are making MILLIONS of dollars via endorsements–everything from the wedding invitations, the bachelor and bachelorette parties in Las Vegas, to the wedding cake, to the deep discount on Kim’s 20 ct. engagement ring. I’m just sayin’. 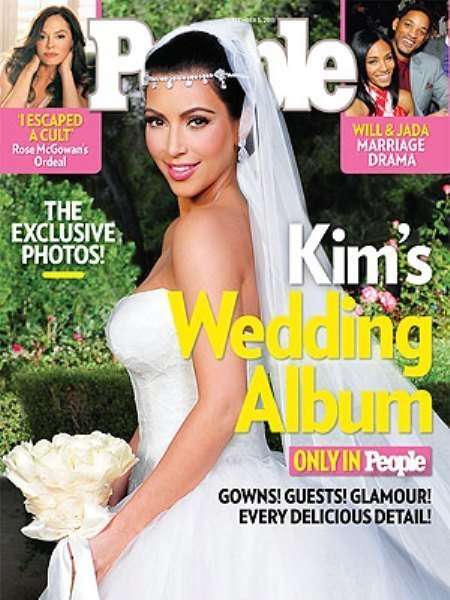