What a glorious birthday it will be, I’m sure!

Jaycee and her two daughters have been living in seclusion with her mother since the dramatic rescue last August that ended her 18 years of hell. For the first time since, Jaycee Lee Dugard was seen in public the other day – outside a Subway sandwich shop.

Just for the heck of it, I checked out Wikipedia to see what they have about the Jaycee Lee Dugard kidnapping case, and I actually learned quite a bit that I had not known before.

Dugard, maintaining her false identity as “Alyssa,” stated that she was the girls’ mother. When the parole officer said that she looked too young to be the mother and asked her age, “Alyssa said that she was 29 years old, laughingly explaining that she often gets that comment and that people believe she is the girls’ sister,” the report states. As the questioning continued, Dugard and Nancy Garrido became agitated and wanted to know why they were being questioned. When the parole officer explained that he was investigating Garrido’s visit to the UC campus with the two girls, Dugard said that she knew Garrido had taken the girls to the campus and that she also knew he was a paroled sex offender who had kidnapped and raped a woman. “She added that Garrido was a changed man and a great person who was good to her kids. Alyssa subsequently stated that she didn’t want to provide any additional information and that she might need a lawyer.”

…The report continues: “As they waited for the officer to arrive, Alyssa said she was sorry that she had lied. She explained that she was from Minnesota and had been hiding for five years from an abusive husband. She was terrified of being found, she said, and that was the reason she could not give the parole agent any information.” Two Concord police officers continued the questioning of Dugard, who maintained her false identity and the story she had told to the parole agent. In the other room, a Concord police sergeant questioned Garrido, who finally admitted that he was the father of the two girls. When the parole agent resumed his questioning of Garrido, the latter admitted to kidnapping and raping “Alyssa.” Under further questioning, Dugard revealed her true identity and confirmed that she had been kidnapped and raped by Garrido.

For from me on Jaycee Lee….. 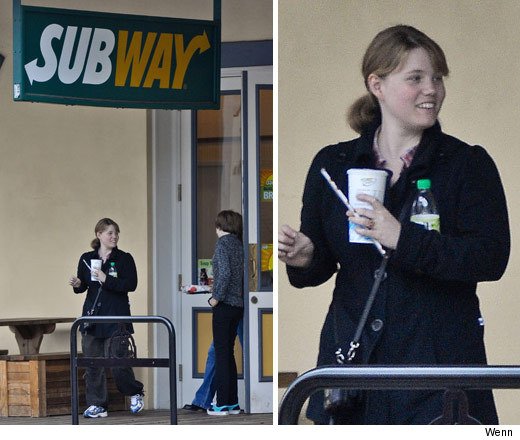