This is a happy story in the sense that an 18 year nightmare is over and a kidnapping case solved – but what happened over those 18 years is just stomach-churnningly horrendous and almost beyond belief.

On June 10, 1991, Jaycee Lee Dugard, age 11, was kidnapped by two strangers in a car, right in front of her stepfather, Carl Probyn.

“As soon as I saw the door fly open, the driver’s door, I jumped on my mountain bike and I tried to get to the top of the hill but I had no energy. I rode back down and yelled at my neighbor, 911!” Probyn recalled.

Today it was announced that not only has Jaycee Lee Dugard been found, but she’s alive and her kidnappers have been arrested.

I would say she’s alive and well, but I seriously doubt she’s all that well. You know, seeing how she spent the past two decades in a hidden shack in a hidden yard and was kept hidden away as a sex slave, ultimately giving birth to her male rapist’s two children – the first at just 14 years old. Both of Jaycee Lee Dugard’s children are girls, ages 11 and 15.

I think my high school friend Emily said it best today when I posted a link about this unexpected “happy” ending on my Facebook profile:

I like how you put happy in quotes… yeah – the step father is saying it’s like winning the lottery… um, your daughter, tho not dead, true, has been repeatedly raped and held in a shed for 18 years… undoubtedly resulting in severe psychological trauma… um… I would say that’s not the greatest news. But yeah… at least she’s not dead…

It may seem a bit insensitive, but she’s right. I mean, it’s great that Jaycee Lee Dugard has been found and reunited with her mother, but she’s got a very, very long road ahead of her.

Police said Phillip Garrido, 58, held [Jaycee] the entire time as a virtual slave, sheltered from the outside world in tents, sheds and outbuildings in his backyard in suburban Antioch.

“None of the children have ever been to school, they’ve never been to a doctor,” El Dorado County Undersheriff Fred Kollar said. “They were kept in complete isolation in this compound, if you will.”

There was electricity from electrical cords, rudimentary outhouse, rudimentary shower, “as if you were camping,” he said.

Prison officials said Garrido [a registered sex offender] admitted the kidnapping after meeting with his parole officer. He brought Dugard and the two children, ages 11 and 15, to the meeting.

Garrido and his wife Nancy Garrido, 54, were arrested for investigation of kidnapping and conspiracy on Wednesday, police said

California corrections officials said they called in Garrido for questioning Wednesday after receiving a report that he was seen with two small children at the University of California, Berkeley.

“The diligent questioning and follow-up by the parolee’s agent of record led to Garrido revealing his kidnapping of the adult female,” the department said in a statement. “It was further revealed by Garrido that she was Jaycee Lee Dugard, and that the children were his.”

Side Note: Not only is Phillip Garrido a convicted child rapist, he’s also a crazy religious fanatic who often said God spoke to him through a box. Garrido also called newscaster Walt Gray of KCRA out of Sacramento and gave a rambling “interview.” This guy is like Charles Manson crazy.

The full article is a must read, so be sure to read it all: Police: Sex Offender Kept Victim, Kids In Shed

And now for an insensitive question from Hilary Shepherd, because she just can’t seem to hear a story like this and not make an off-color remark…..Now that Jaycee has been found and the Garridos arrested, how soon before Jaycee shows up on Oprah? 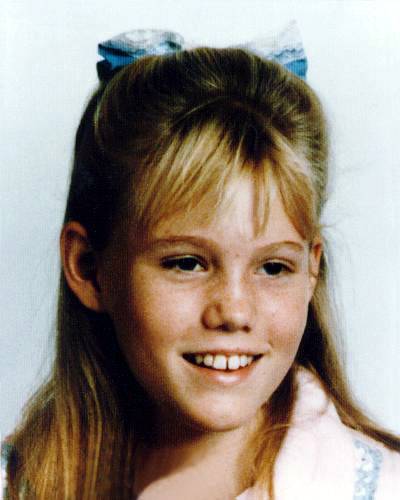