On this day in 1986 Motley Crue member Vince Neil entered jail to serve his 30-day sentence for vehicular homicide.

After hours of partying together the two rockers decided to make a run to a local liquor store. A drunk Vince Neil was behind the wheel when he lost control and collided with a car going the opposite direction.

The two people in the other car were seriously injured, and Nicholas Dingley was killed. Vince Neil was charged with driving under the influence of alcohol and vehicular manslaughter.

At the time of the crash, Vince Neil’s blood alcohol level registered at .17 – more than twice the California legal limit of .08.

After 15 days in jail, Vince Neil was released for good behavior. 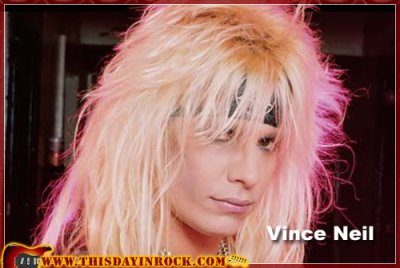