Home
Hollywood Gossip
Brad Pitt Brings His Moneyball To Oakland A’s Coliseum And I Was There!!

I had a really great time yesterday! While I can’t tell you a bunch of details, I can tell you this…..Brad Pitt was there and I got to stare at his butt for at least an hour. Yummy.

For those who have no idea what I’m talking about, the boyfriend, his sister and I spent the afternoon/evening at the Oakland Coliseum in Oakland, CA as extra’s for Brad Pitt’s now-filming movie, Moneyball (see info links below).

We arrived about 4:00pm in our Oakland A’s gear and stood in line with all the other volunteer extras. Once inside the Coliseum, we were directed to sit in a particular section.

After about an hour, the real fun began.

We were directed on how to act and react, and told not to look at the camera. Which, by the way, is harder than it sounds – especially since the guy telling us what to do was standing right next to the camera and we were all looking at him to better understand what he was saying.

After a few takes they got the shot they wanted and told us all to move to a different section of the Coliseum. This happened at least a half dozen times.

At one point buzz got around that Philip Seymour Hoffman had showed up and that he was there to film a scene or two.

As the sun began to set and the moon came out, the boyfriend’s sister sniffed something out. Rather, someone.

Yup, it was Brad Pitt.

The large film crew stood on the field between us, so he wasn’t always really easy to see, but it was clearly Mr. Pitt. Oh yes…..it certainly was. Thank goodness I had my step-dad’s awesome binoculars!

Brad Pitt basically appeared out of nowhere and nobody really noticed him until the boyfriend’s sister spotted him and we started to talk about it. Then my binoculars got passed around like the head cheerleader at a frat party.

At one point I was using the binoculars to admire Brad’s backside, and apparently was talking out loud, as I soon heard the man behind me say, “I love this play-by-play of Brad’s butt.”

People around us were asking if it was really Brad; to which I said, “Yes. I can tell by the way he is standing and has his hands in his pockets.” I believe there was laughter around me at that point. I mean, really, who notices that sort of thing?

Eventually Brad Pitt walked to the far outfield towards a car waiting for him. When he was way far away, he finally turned to look at all of us in the stands and waved.

Filming continued with Philip Seymour Hoffman until about 11:00pm when our group was dismissed.

It was a really long evening, but it was totally and completely 1,000% worth every second!

The story of Oakland A’s general manager Billy Beane successful attempt to put together a baseball club on a budget, by employing computer-generated analysis to draft his players.

Moneyball – Wikipedia
Moneyball: The Art of Winning an Unfair Game … is a book by Michael M. Lewis, published in 2003, about the Oakland Athletics baseball team and its general manager Billy Beane. Its focus is the team’s modernized, analytical, sabermetric approach to assembling a competitive baseball team, despite Oakland’s disadvantaged revenue situation.

I don’t have any pictures because we weren’t allowed to take any (I’m also not allowed to talk specifics about any of the scenes filmed), so you’ll just have to settle for this drool-worthy picture of Brad Pitt. 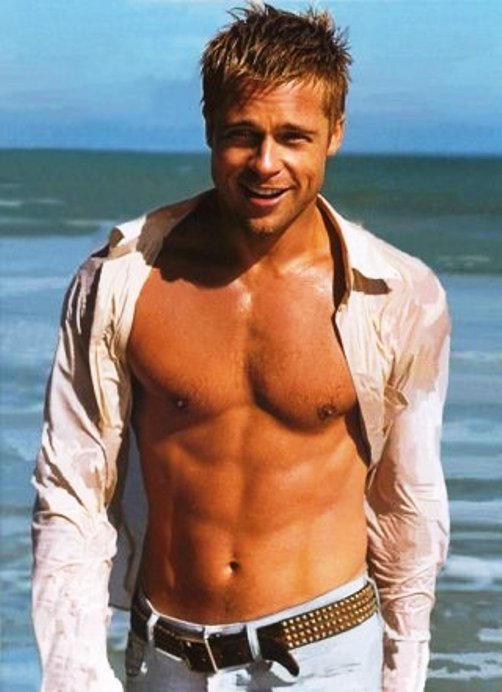