On this day in 1985 radio shock jock Howard Stern was inexplicitly fired from his job at WNBC AM in New York.

The next day, the following article was published.

Off-the-wall Howard Stern is off the air.

“Conceptual differences exist between Stern and the management of WNBC radio as to the program,” vice president and general manager John P. Hayes Jr. said in a prepared statement.

“As far as I know, I’ve been given no reason,” Stern said last night. “The only thing I’m guilty of is getting the highest ratings the station ever had. The only thing I can think of is that somebody upstairs didn’t agree with what I was doing. It was one of those things where they don’t even give you a reason.”

Stern said he especially was perplexed since he had recently signed a new two-year contract. “My last contract was ripped up; they gave me a big fat raise a couple of months ago,” Stern said. “There were no conceptual differences; everyone knew where we were going. We were in complete harmony.” Stern wouldn’t disclose his salary, but said it was “a hefty six-figure contract.”

Jim Kerr, who hosts a morning show on WPLJ-FM, said: “My gut reaction is, I don’t think he’s fired, I don’t think he’s off the air. He’s one of the more profitable personalities on a station that isn’t doing that great. If it’s not a hoax, then they’re hypocrites, because they created the personality he plays – and promoted it.”

According to Stern, the per-minute advertising rate during his show was around $600 a minute. “When I got there, they were getting about $200 a minute,” he said. 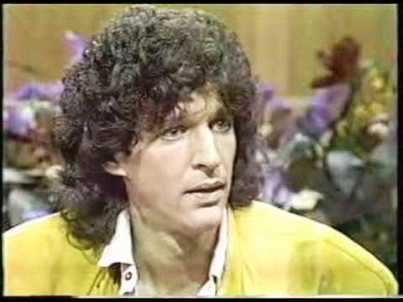