We all know the story…Jodie Sweetin, who played Stephanie Tanner on the beloved sitcom Full House, dove face first into the Hollywood drug scene and had a real hard time getting out. But then she got clean and now everything is fine.

Well, that’s not exactly how it really happened, apparently.

In her new memoir, unSweetined, former child star Jodie Sweetin is finally coming clean about getting clean, and how she didn’t actually do it when we all thought she did.

While we were going about our lives thinking Jodie was sober, she was pulling the wool over our eyes – partying for days on end without sleep, then telling college students everywhere to just say no to drugs.

From the second I walked in, it was on. Some friend gave me a hug and put Ecstasy right in my mouth. That’s how the night started. Simple as that.

Coke. No problem. We were doing it right at the table. Meth wasn’t as socially acceptable so I did that at home, alone, or with a couple friends who were also using. But the coke, the Ecstasy — the party — went until closing. It almost always did.

Then it was back to my place in Westchester, a Los Angeles neighborhood around the corner from LAX. It was always back to my place. Somehow the group had grown to about fifteen or twenty people. I was playing the role of after-party host. Looking back, I think I liked the control. I was always the driver, the host; it was always my show. With people waiting to party, I went into the kitchen and returned with a bottle of Jack Daniel’s in one hand, a bottle of champagne under my arm, and a big plate of coke in the other hand for all of my guests. The crowd went wild. Standing ovation. Just how I liked it.

I stood up at the podium, looked around the room, and put on my best TV smile. I was so disappointed in myself. I was living a complete lie. But unfortunately, guilt doesn’t make you stop. I talked about growing up on television and about how great my life was now that I was sober, and then midspeech I started to cry. The crowd probably thought that the memories of hitting rock bottom were too much for me to handle. Or maybe they thought the tears were just a way for an actor to send a message that drugs are bad. I don’t know what they thought.

I know what they didn’t think. They didn’t think I was coming down from a two-day bender of coke, meth, and Ecstasy and they didn’t think that I was lying to them with every sentence that came out of my mouth. That much I do know. The little bit of coke that I had done before the speech wasn’t enough to make me forget how bad I felt for doing what I was doing. The guilt was eating away at me. I was struggling to keep it together, but no one realized that. I finished. They applauded. Standing ovation. Just how I liked it. And it was over.

Hmm, I guess Jodie Sweetin is a better actress than I’ve given her credit for. 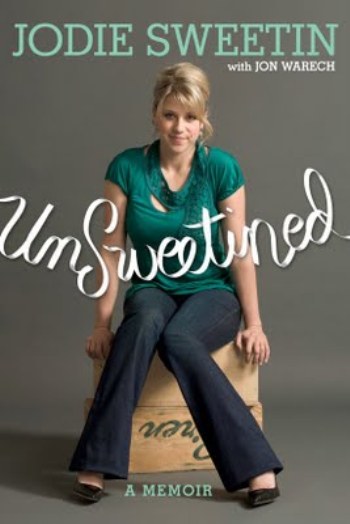