This has been a fairly exciting season of The Bachelor already, and it’s barely getting started.

I don’t watch the ABC dating show anymore because I find 95% of the women hit me like nails on a chalkboard, but I was totally into it when it was The Bachelorette with Trista Sutter (nee Trista Rehn).

During that season we met cute little goofball Bob Guiney. Trista chose Ryan Sutter (hence her married name of Sutter), and Bob went on to be the next Bachelor; he didn’t find love that season either.

Bob Guiney did finally find the woman of dreams when he met and married soap actress Rebecca Budig, of All My Children.

Sadly their marriage has lasted only five years and the couple is now headed for divorce court.

“They’ve been on the rocks for a long time and lately it’s become clear that nothing is going to save this,” a friend of Budig says. “They’ve just grown apart and are no longer the people they were when they got married.”

Another source says that Guiney is already dating: “He’s moved on and has been seen in the company of at least one other woman.”

Last March, Budig left her role as mischievous Greenlee on All My Children, which taped in New York City, citing her need to spend more time in Los Angeles with her husband. Ironically, she no longer has to choose between the two: All My Children recently relocated to Los Angeles, and Budig has since rejoined the show. But being on the same coast hasn’t been enough to save the marriage, says the Budig source. “It’s over and it’s been over for a while now.” 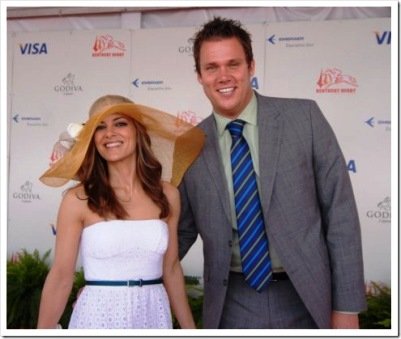