While Charlie Sheen was in Aspen with his mouth shut, and Dr. Conrad Murray was in Los Angeles claiming his innocence, Gary Coleman was in Utah admitting to his guilt.

Funny how the smallest man acted like the biggest and actually owned up to what he did.

A fact that was not lost on the temperamental actor, mind you – before the hearing began Gary Coleman stated, “I’ve been in better places on my birthday.”

Coleman, 42, accepted a plea deal on domestic violence charges in the Santaquin Justice Court. In return for pleading guilty to a charge of domestic violence/criminal mischief — a class B misdemeanor — prosecutor Brett Rich agreed to drop a domestic violence/assault charge. The charges stem from an April incident between Coleman and his wife, Shannon Price.

Justice Court Judge Sharla Williams fined the former child star $595 and ordered him to take classes on avoiding domestic violence. She also suspended a 30-day jail sentence, dependent upon Coleman paying his fine in the next year and completing the classes.

“Just mind your P’s and Q’s, and you’ll be in good shape,” Williams said.

Coleman said he would pay the fine in monthly $50 installments.

“I’ve been in better places on my birthday,” Coleman said before the hearing. Afterward, he told reporters that there was not much to say, as he avoided a big fine and a jail sentence.

“I’m going to lunch,” Coleman said as he walked out. 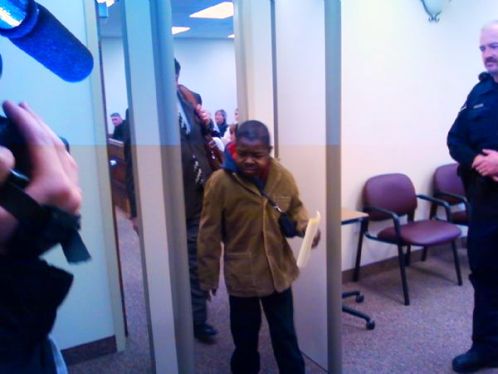