Home
Hollywood Gossip
DMX Sentenced To Jail. Might End Up In Rehab.

Bad idea!! But that’s just me.

DMX has had a lot of trouble the past few years with drugs and staying on the right side of the law.

Most recently, the rapper, whose real name is Earl Simmons, was sentenced to six months in jail in connection to a probation violation charge out of Phoenix, Arizona. He earlier admitted to five violations of his probation, and blamed it on all on his drug habit.

During the hearing, the judge was given a letter from Dr. Drew Pinsky asking the court’s permission to send DMX to drug rehab at the doc’s Pasadena Recovery Centre. No decision has been made, but the judge is said to be “open” to the idea.

DMX’s lawyer, Glen Allen, seems to be on board.

“If we never address the serious substance abuse issues that he has, this is an individual that we are going to see again in the wrong places. And we don’t want to see him back before Your Honour ever again.”

Nakia Walker, DMX’s manager recently spoke out in support of her troubled client.

“It is unfortunate and painful to see Earl incarcerated, as there are a lot of rumors and lies surfacing regarding the details of his personal and professional state. However, thank God for a great team- family, friends, pastors and doctors. Collectively, I am excited to say that DMX’s team is putting forth every effort to ensure the success of Earl’s health and career. We appreciate the support of his fans. Please stay prayerful, as X will return.”

I understand that DMX’s problems with the law are most likely a result of his underlying drug addiction, but I really don’t think doing a stint at Celebrity Rehab is what he needs. I think Dr. Drew is a good doctor and effective, but DMX has been given so many chances; he needs to be locked up. The courts should just put him on the Redmond O’Neal jail/rehab plan and be done with it.

DMX should start dating Lindsay Lohan. They can be the “we should be in jail but we’re lucky bastards so we’re not” couple. 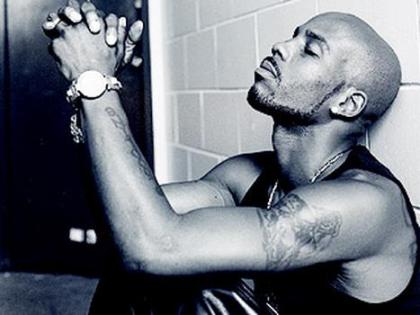