Mere weeks after surviving a near-fatal brain hemorrhage, Bret Michaels has stepped up his physical therapy so he can get back to touring with his band by the end of the month. No, really. Bret Michaels is headed back to the stage.

“He’s still in rehab,” says the source. “His doctor told him to do physical therapy once a day, but he’s doing it twice a day, because he wants a speedy, 100 percent recovery.”

The buzz is that Michaels – who friends call a fighter – is pushing himself for what would likely be a dramatic first public appearance at the May 23 finale of The Celebrity Apprentice.

But the rock star is just as keen to get back to his Roses & Thorns tour, which was first interrupted by his emergency appendectomy on April 12. In fact, the source says Michaels will probably return to the stage in as little as two weeks.

“It’s looking likely that his first date back will be May 28 at the Hard Rock in Mississippi,” says the source, who confirms that Michael’s crew will keep bus drivers informed of all the closest hospitals on each of their routes.

So he’s working hard, but how is Michaels feeling?

While I’m happy that Bret is doing better, I hope he doesn’t push himself too hard. It would really suck to survive such a trauma only to drop dead on the road. 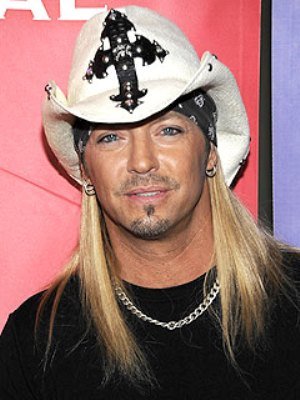