Were she alive today, Krissy Taylor would be celebrating her 32nd birthday.

Krissy Taylor was born in Miami, FL on May 15, 1978, joining her parents and two older sisters.

At age 11 Krissy began going to modeling shoots with her sister Niki Taylor; soon photographers were including Krissy in the photos. Her first official modeling photo with sister Niki appeared in Seventeen magazine. Soon after, Krissy Taylor signed with the same modeling agency as her sister – the IMG modeling agency out of New York.

When Krissy Taylor was 13 years old she accompanied her sister Niki Taylor to castings for the Fall Shows in Milan. Designers loved her and soon she too was walking the runway with other great models including Christy Turlington, Claudia Schiffer, and Naomi Campbell. Soon Krissy was being asked to work solo.

In her short career, Krissy built quite and impressive portfolio, with appearance in such magazine as ELLE, Cosmopolitan, Italian Glamour, Vogue, and YM; she had 13 covers under her belt, and appeared on MTV and Entertainment Tonight. In 1994 Krissy was in 8 shows, including Ralf Lauren, at the Spring Collections in New York.

On July 2, 1995 Niki Taylor discovered her younger sister Krissy unconscious on the floor of their family’s Florida home. Attempts by her family and authorities failed to revive Krissy, and she was rushed to Memorial Hospital West. Krissy Taylor was pronounced dead at 5:39 a.m.; she was 17-years-old.

Taylor was known to have had allergies that congested her upper respiratory system and she used Primatene, an over-the-counter inhaler, to combat shortness of breath. While the epinephrine it contains can cause cardiac arrhythmia, it was impossible to prove she had taken any just prior to her death.

The official cause of death was an acute asthma attack complicated by sudden cardiac arrhythmia. However, she had no prior history of asthma, and no symptoms of a heart condition. Uncertain of the medical examiner’s diagnosis, the Taylor family hired independent experts to study tissue samples of Taylor’s heart muscle, and concluded that the more likely cause of her death was a rare cardiac disease called arrhythmogenic right ventricular dysplasia. 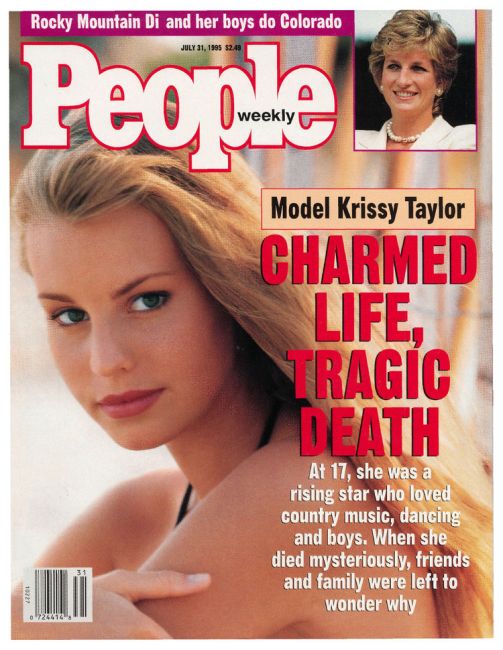