It’s starting to look like the celebrity drama-starter for 2011 is going to be Charlie Sheen. We’re only one month into the year, and already Charlie’s given us so much. And it’s just getting better!

Charlie Sheen Rushed To Hospital After Night Of Partying

The fun actually got started at the end of last year – I guess Charlie was anxious to begin the decent of his life and career and didn’t want to wait until the New Year.

All joking and silly talk aside, the way Charlie Sheen is living right now is scary and if it continues can only end in death.

Whether it’s a genuine attempt at regaining sobriety or merely a PR move, Charlie Sheen is in rehab, and will remain there for the next three months. Hopefully.

UPDATE: Charlie Sheen is being allowed to rehab at home. SUCH A STUPID IDEA!!! – TMZ

As is usual when a celebrity enters rehab, Dr. Drew Pinsky has chimed in with his thoughts on Charlie’s chances of recovery.

…”Let’s all be hopeful he’s going in the right direction,” says Pinsky. “Charlie’s been in recovery before. He’s actually been an active recovering person, so he knows what it is.”

In order to recover, repeat rehabbers “need a long term of structure for them to capitulate and take direction,” Pinsky says, “and not think they know better or know what they need to do.”

One thing people like Sheen should not do is return to work quickly.

“It’s like any form of rehabilitation,” Pinsky says. “Whether you are rehabilitating from an ankle injury or pneumonia, you’ve got to take the time and you’ve got to get out of the environments that impact adversely on the recovery process – whether it’s a limb, an organ or the brain.”

Charlie Sheen In Rehab For Three Months; Show On Hiatus – Allie Is Wired

Will LAPD Go After Charlie Sheen for Drug Use? – Hollyscoop 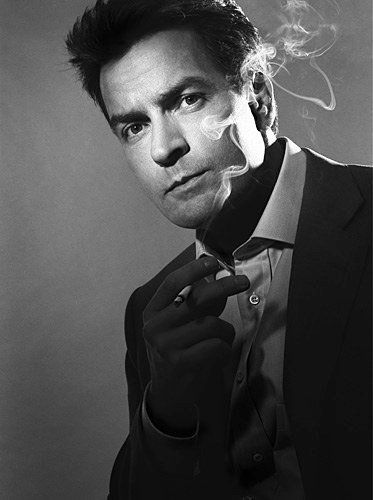