And the crazy train continues!

When we last left our “special” friends, Shannon Price was trying to stake claim to any and all things Gary Coleman, even though they technically divorced in 2008.

Then word came out that there is another will – from years earlier – naming woman who is not Shannon as the recipient of everything. Which, of course, has pissed off Shannon a great deal.

Side Note: Gary Coleman death certificate was released today, on which he was listed as married.

Now we find out that prior to Gary Coleman’s death, the troubled star left very specific instructions regarding his health and the ending of his life.

According to legal documents obtained by TMZ, Gary specifically asked not to be taken off life support if he was ever in that situation.

In a 2006 document under “Instructions for Health Care,” there’s a section entitled ‘End-of-Life Decisions’ which reads, “I want my life to be prolonged as long as possible within the limits of generally accepted health care standards.” He checked off “Choice to Prolong Life.”

Gary’s money-hungry wife Shannon Price, who ironically filed the paperwork in order to gain control over the disposition of his body, was quick to pull the plug just hours after he was transported to the hospital.

Shannon clearly went against Gary’s wishes, and when asked why she did it she said she was “forced” to, but refused to explain why.

Shannon was “forced” to, huh? Forced by whom? The greedy gremlins in her head who tell her to act like a nutty loon and convinced her she’s entitled to everything and more?

Because I can’t think of anyone else who would “force” Shannon Price to pull the plug on Gary Coleman. But that’s just me.

And if there really were instructions left by Gary Coleman saying not to pull the plug, does that make Shannon Price a murderer? Just asking. 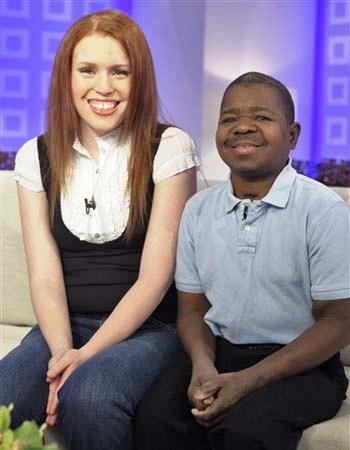