So Lindsay Lohan has been sentenced to jail and told to turn herself in on July 20th. She still has to wear her SCRAM bracelet until then, and from all accounts she’s pretty darn pissed about it.

In fact, it seems Lindsay Lohan is pissed about a lot of things these days. Not that I’m blaming her – I’m just commentating.

According to some, Lindsay is so beside herself over all of this she could very well give the big F-U to the world and overdose.

Lindsay called the judge a bitch, wants $1 million [The Blemish]

Lindsay Lohan reminds me a lot of Robert Downey, Jr. – very talented, and very troubled. The only difference is that when things got this bad for RD, he actually accepted – and even asked for – help. And now look at him. If Lindsay does this right, she can come back and be great again.

If she does this wrong, she’s going to die. 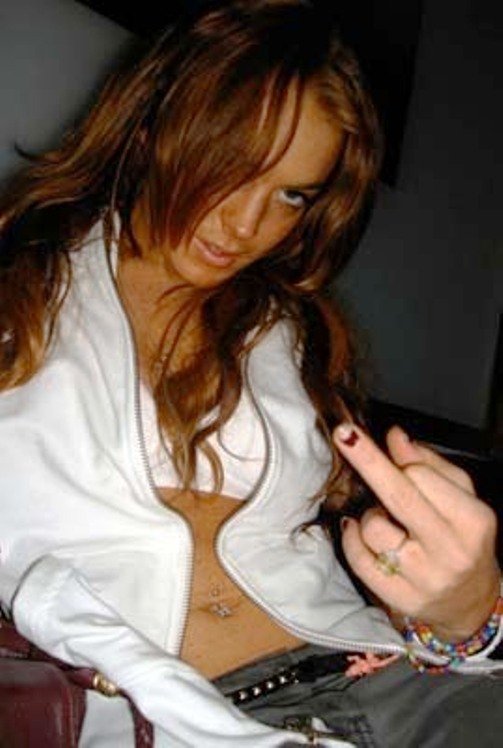