Hollywood star Angelina Jolie has recently directed a film which is set during the Bosnian War during the 1990’s. The film is a love story between a Serbian man and a Bosnian woman, portions of which were shot in Bosnia. Angelina Jolie, who is an ambassador to the United Nations, was criticized for her directorial debut and had her permit to film in Bosnia temporarily canceled because her film allegedly represented a love forming between a woman and the man who tortured and raped her. This caused an outcry from residents and the Bosnia’s Women Victims of War Association as their president condemned the theme of a female character falling in love with the torturer.

Angelina Jolie denied this accusation, supporting that her film was not about a female rape victim falling in love with her rapist, but rather about a love story between two races that were in a war at the time, making it a forbidden love with the enemy. Many claimed that her directorial debut was intended to cause controversy though she does not agree, denying claims that the film was about the female falling in love with a torturer.

The president of the Bosnia’s Women Victims of War Association, Bakira Hasecic was the majority opinion against Angelina Jolie claiming that she [Jolie] did not understand the conflict in the Balkans or the feelings or experiences of the victims of sexual violence against the Bosnian victims during the 1990s. Bosnian victims of said violence demanded that the United Nations drop Angelina Jolie as an ambassador because of her lack of respect and understanding.

Though Angelina Jolie claims she did not intend to cause a controversy, also claiming that she had received support from numerous Bosnian citizens, Ms. Jolie told reporters that there is only one person who maintains a gripe against her, despite the absolute majority of the people as well as the population, cast, prime minister, and population being extremely supportive of the film.

Angelina Jolie noted that she was equally as frustrated with the global response received in the Balkans during the crisis and this film was an expression of that frustration. She meant to give a platform to that part of the world for the extraordinary hardships they have endured.

About The Author: Elias Cortez is the editor of www.TopNetbookpicks.com and provides reviews and information for netbooks computer products. You can read his latest reviews on popular netbooks such as the acer ao532h and other mini netbook review at his website. 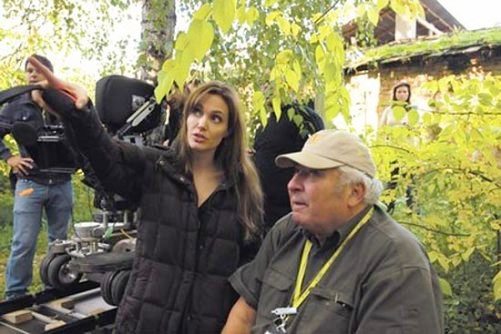