Poor Paris Hilton. Never a bride, and still not even a bridesmaid. Or even a wedding guest, for that matter.

Nicole Richie and Joel Madden exchanged vows this past weekend in front of 130 guests. One person who was noticeably absent was Paris Hilton.

And apparently she wasn’t missed…..because she wasn’t invited in the first place.

The blushing bride, having moved on from her Simple Life days, saw no reason to include her former BFF.

“Nicole is in a very different place from when she was hanging out with Paris,” one pal tells PopEater. ”She’s a mother of two and now a wife, while Paris seems to be in the same spot she was five years ago; Still partying in Vegas and getting into trouble with the law.”

…Friends of the new bride say Nicole’s decision to drop Paris from the guest list was made after the 29-year old former heiress was arrested for cocaine possession while in Las Vegas – again – back in August. It was then Nicole realized this was not someone she wanted near her children or friends. And definitely not near her wedding.

“The day was about Nicole and Joel, not Paris,” a snitch shares. “It was perfect; No drama, and definitely no drugs. It was family and friends celebrating the love between newlyweds. To see how far Nicole has come from being a wild child to a loving wife and parent is fantastic.”

According to reports, Paris Hilton partied away her non-invite woes in Las Vegas while Nicole and Joel were celebrating their special day. 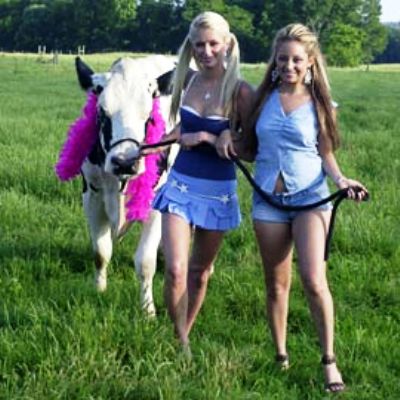