Clint Brewer claims actor Owen Wilson and his brother Andrew Wilson beat him up during a 2008 altercation. And now, because this is lovely America, Clint Brewer is suing the brothers two years later.

In legal papers filed last week in California, Clint Brewer – who works as a paparazzi – says he was “pushed in the back” by Owen and Andrew Wilson as he walked up a flight of stairs in Santa Monica; he says the alleged assault occurred on December 5, 2008.

The complaint goes on to tell of a fight ensuing between the brothers and Brewer, and that the paparazzo “sustained severe bodily injuries, a portion of which are permanent.”

Clint Brewer is seeking damages in the amount of $500,000 and payment for medical expenses totaling $3,251.

According to reports neither Owen Wilson nor his brother Andrew Wilson has responded to Clint Brewer’s complaint. 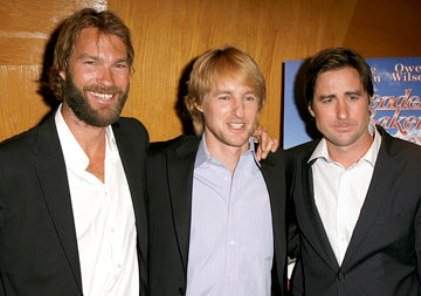 You may not recognize the name Andrew Wilson, but like his brothers Owen and Luke, he too is an actor. In fact, you’ve probably seen Andrew Wilson in more movies before than you think. Andrew Wilson’s film credits include: