So apparently the word ‘metaphor’ is a misunderstood one in today’s world of journalism. Or maybe I’m just super-smart and know big words.

After Hank Williams, Jr stated to Fox & Friends that President Obama and Vice President Biden are “the enemy” and using Obama’s name in the same sentence has Hitler’s, the powers that be saw to it that Hank’s “Are You Ready for Some Football” chant was pulled from the Monday Night Football broadcast.

A move that I personally believe was a pointless one.

Aside from the fact that this is friggin’ America and we are legally allowed to speak our minds – I believe it’s what is called “Freedom of Speech” – Hank Williams, Jr. didn’t even actually call Obama Hitler, like some reports claim he did.

Anchor Gretchen Carlson later said to him, “You used the name of one of the most hated people in all of the world to describe, I think, the president.” Williams replied, “Well, that is true. But I’m telling you like it is.”

Correct me if I’m wrong, but Williams used the term “like” – which makes his statement a metaphor. And therefore not actually an accusation of being evil incarnate. Just sayin’.

Met*a*phor:
1. a figure of speech in which a term or phrase is applied to something to which it is not literally applicable in order to suggest a resemblance
2. something used, or regarded as being used, to represent something else; emblem; symbol.

In response to the pulling of his song from Monday Night Football and whatnot, Hank Williams, Jr. released a statement in which he apologized for his choice of words but still stood behind their ultimate meaning.

…claiming he was simply “misunderstood” when he compared Barack Obama to Adolf Hitler.

Williams Jr. says, “Some of us have strong opinions and are often misunderstood. My analogy was extreme – but it was to make a point. I was simply trying to explain how stupid it seemed to me – how ludicrous that pairing was.”

He continues, “They’re polar opposites and it made no sense. They don’t see eye-to-eye and never will. I have always respected the office of the President.”

Williams Jr. adds, “Every time the media brings up the tea party it’s painted as racist and extremists – but there’s never a backlash – no outrage to those comparisons… Working class people are hurting – and it doesn’t seem like anybody cares. When both sides are high-fiving it on the ninth hole when everybody else is without a job – it makes a whole lot of us angry. Something has to change. The policies have to change.” 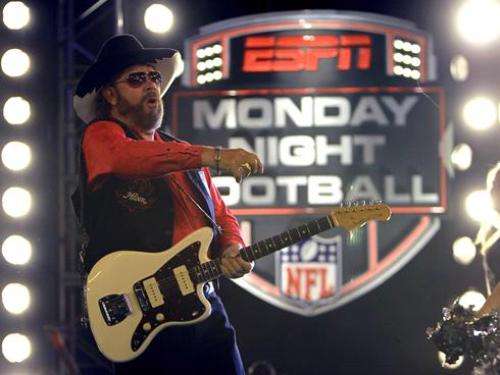