In a statement released to the Associated Press, Moore made it pretty apparent that the split is due to her husband’s (alleged) roaming penis.

“As a woman, a mother and a wife, there are certain values and vows that I hold sacred, and it is in this spirit that I have chosen to move forward with my life,” she told the news service.

Rumors of infidelity have always plagued the couple, much due to their large age gap. But it wasn’t until last September that the rumors took on a new look – in the form of Sara Leal.

Leal sold the story of her unprotected-sex-encounter with Kutcher, and Kutcher of course denied the allegations.

In October, TMZ published photos of a moving van outside the Moore/Kutcher abode, which only added to the speculation of an a split.

In response to the revealed breakup, Ashton tweeted his love for Demi and basically admitted he failed.

“I will forever cherish the time I spent with Demi. Marriage is one of the most difficult things in the world and unfortunately sometimes they fail. Love and Light, AK.”

While I am (once again) not surprised to see another celebrity marriage fall apart, I feel a bit of extra sadness for this one because I actually like these two together. Oh well. C’est la vie, I guess. 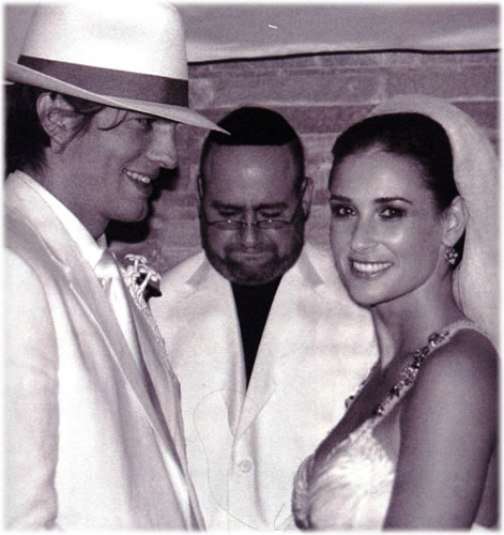