So Halle Berry – who has said on more than one occasion that she will never marry again – is officially engaged to Olivier Martinez. I say “officially” because there were rumors of an engagement around the winter holidays; apparently it wasn’t true then, but it is now.

I suppose I should extend my congratulations to the happy couple, but I can’t help but think the timing of their engagement has more to do with a certain custody battle than it does a burning desire to be married. Maybe it’s just me. But I doubt it.

So what does Halle Berry’s marital status have to do with her fight for full custody of her daughter with ex-boyfriend Gabriel Aubry? A lot.

As in most states, family court judges in California take into account the stability of each parent’s relationship with a significant other, and a married couple is far more impressive than a couple that is simply boyfriend/girlfriend.

Especially when said couple wants to move out of the country and take the child in question with them.

According to papers filed with the court requesting a hearing, Halle Berry wants to move with 3-year-old Nahla to France; where they will start a new life with fiancé Olivier Martinez. Naturally, Nahla’s father Gabriel Aubry is not at all pleased with this idea and believes it’s a calculated move designed to keep him away from his daughter.

A belief that may not be all that far off the mark; if you also believe that Halle Berry believes Gabriel Aubry poses a threat to their child.

Of course, the moving force behind Halle’s longing to live in France could have something to do with that fact that two crazy stalkers are on the loose.

Law enforcement sources have confirmed with TMZ that Robert Hoskins escaped from a mental institution last week and that he has made specific threats to “slit [Halle’s] throat.” Hoskins, incidentally, is the same man who was shot by Madonna’s bodyguard after climbing over the fence into her yard in 1995.

Also roaming the streets is another unbalanced man who was just released from jail after being arrested multiple times recently for trespassing onto Berry’s property.

When you put it all on paper, I can definitely see why Halle Berry wants the heck off this continent.

What do you think the judge will decide? Do you think he’ll approve Halle Berry’s request to move to France? Will she actually go?? Sound off in the comments below! 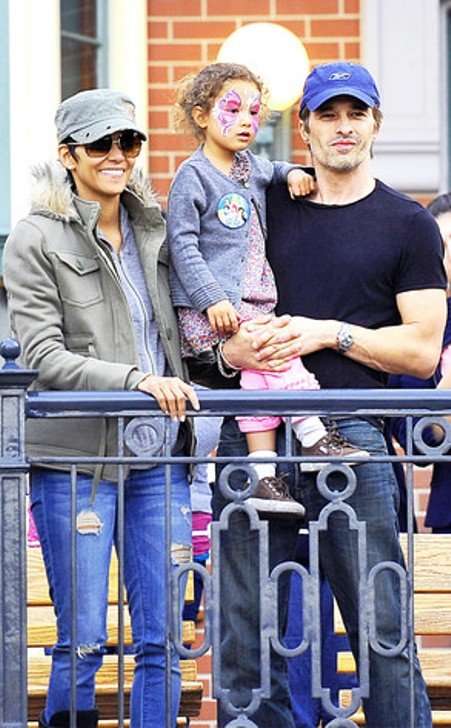