Home
Hollywood Gossip
Snoopy Is Dead And David Spade Is A Daddy.

Charlie Brown is off in a corner somewhere crying his heart out. The voice of his best friend Snoopy died yesterday at the age of 91 (that’s in human years).

Bill Melendez joined the Walt Disney Co. in 1938, where he worked on the classics Fantasia and Pinocchio. In 1941 the Mexican-born animator went over to Warner Bros. and helped give life to several characters including Bugs Bunny, Daffy Duck, and Porky Pig.

In 1959 Bill Melendez met Charles Schulz, and history was instantly made. Together, the two talents created dozens of Peanuts TV specials, like A Boy Named Charlie Brown (for which Melendez received an Oscar nomination in 1971) and A Charlie Brown Christmas.

Bill Melendez then went on to form his own company with partner Lee Mendelson and produce, direct or animate about 70 Peanuts TV specials, four films and hundreds of commercials.

Bill Melendez is survived by his wife of 68 years, Helen as well as two sons, six grandchildren and 11 great-grandchildren. 68 years! You don’t see that now-a-days. 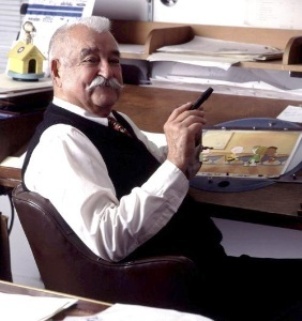 Remember earlier this year when it was rumored that David Spade knocked up a Playboy Playmate?

Turns out it wasn’t so much a rumor as it was a fact.

This past August 26th, Jillian Grace gave birth to a baby that has since been proven to be the offspring of David Spade.

If you’re not too familiar with David Spade outside of his acting career, he’s got quite a reputation of being a ladies man. He’s been romantically linked with several women including Lara Flynn Boyle, Jennifer Aniston, and Heather Locklear.

The fact that a 22-year-old Playboy Playmate has given birth to David Spade’s daughter is hilarious to me; hilarious in a karma’s a @@@@@ sort of way. I wonder how he’ll handle things if she gets caught up with a player like her good ‘ol daddy. 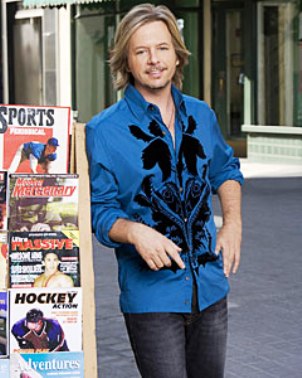