Home
Hollywood Gossip
Bettie Page Dies At The Age Of 85.

American Icon Bettie Page died Thursday, at the age of 85. She had been on life support since her coma-inducing heart attack last week; according to her agent Mark Roesler, Page’s family agreed to have that life support removed.

She will be missed. 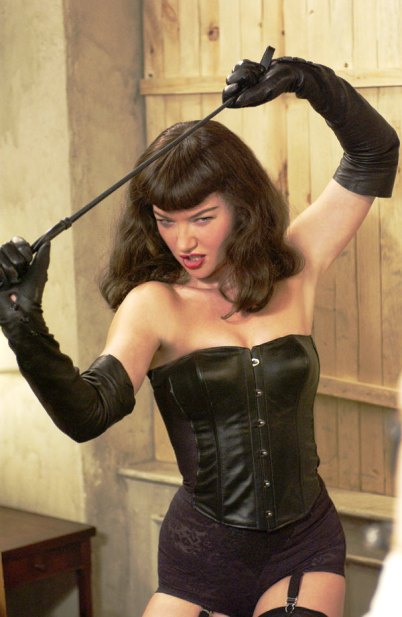 Her career began one day in October 1950 when she took a respite from her job as a secretary in a New York office for a walk along the beach at Coney Island. An amateur photographer named Jerry Tibbs admired the 27-year-old’s firm, curvy body and asked her to pose.

Looking back on the career that followed, she told Playboy in 1998, “I never thought it was shameful. I felt normal. It’s just that it was much better than pounding a typewriter eight hours a day, which gets monotonous.”

Nudity didn’t bother her, she said, explaining: “God approves of nudity. Adam and Eve in the Garden of Eden, they were naked as jaybirds.”

In 1951, Page fell under the influence of a photographer and his sister who specialized in S&M. They cut her hair into the dark bangs that became her signature and posed her in spiked heels and little else. She was photographed with a whip in her hand, and in one session she was spread-eagled between two trees, her feet dangling.

“I thought my arms and legs would come out of their sockets,” she said later. Full Article HERE 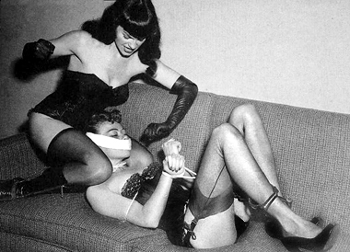