Army Archerd died on September 8, 2009 at the age of 87 from mesothelioma.

Larry Gelbart the award-winning writer of such classics as Broadway’s “A Funny Thing Happened on the Way to the Forum,” the movies “Oh! God!” and “Tootsie,” as well as TV’s M*A*S*H died September 11, 2009 at the age of 81 from cancer.

Wow, three entertainment writers in their 80s, and they all died from cancer. That’s kinda crazy.

Gelbart’s longtime friend and colleague Carl Reiner remembers his friend as “the Jonathan Swift of our day.”

Larry Gelbart got his start in Hollywood at the young age of 16 when his Los Angeles based barber father bragged to Danny Thomas about his Larry’s writing skills. Thomas asked to see some of the younger Gelbart’s work and soon hired the teen to write for his radio show.

The rest, as they say, is history. 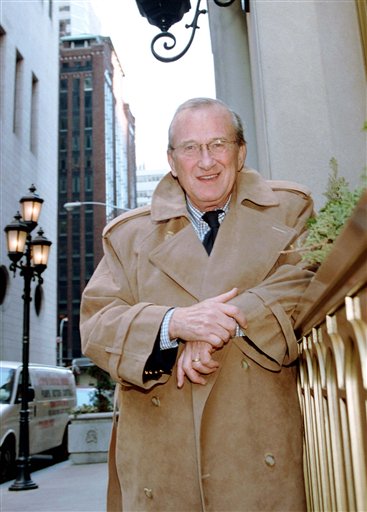