On Wednesday actress and recovering junkie Mackenzie Phillips took to the Oprah stage and announced to the world that she and her father, 60s musician John Phillips, had a consensual incestuous relationship.

Mackenzie’s two half-sisters, however, are backing up her claims. While they’re not exactly happy that their family’s skeletons are being exposed, they understand that it is what it is and they’re just going to deal with it.

On the Oprah show Friday, Chynna Phillips, 41, daughter of John and Michelle, said she’s known about Mackenzie and John’s relationship for 12 years.

“Am I exceedingly joyful that my family secret that I told maybe my therapist, my husband and my very best friend in the whole word [is now public]? No.”

… [Chynna] said she has known about the situation for 12 years and, while she wasn’t certain that her sister could be entirely accurate about the details, believed that the two were sexually involved for a decade. “I was completely stunned,” she said when Mackenzie shared the secret. “I walked around in a comatose state for about 10 days.”

29-year-old younger sister Bijou Phillips shares Chynna’s belief that Mackenzie Phillips is telling the truth and that she’s known since she was 13 years old.

“When I was 13, Mackenzie told me that she had a consensual sexual relationship with our father. This news was confusing and scary, as I lived alone with my father since I was 3, I didn’t know what to believe and it didn’t help that shortly there after Mackenzie told me it didn’t happen.

Mackenzie’s history with our father is hers, but also clouded with 30 years of drug abuse. I hope she can come to terms with this and find peace. The life I had with my father was very different. He was Mr. mom, encouraging and loving. The man that raised me would never be capable of doing such things, and if he was, it is heartbreaking to me to think that my family would leave me alone with him. I understand Mackenzie’s need to come clean with a history she feels will help others, but its devastating to have the world watch as we try and mend broken fences, especially when the man in question isn’t here to defend himself.” 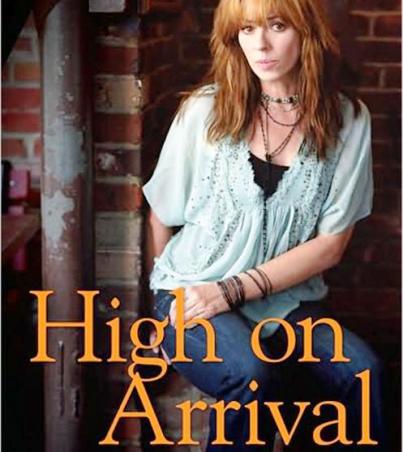