In the wake of Lindsay Lohan’s little falling in the cactus thing, her wacky mesh-shirt wearing father Michael Lohan wants to hire a security team to protect her.

When contacted for a response, Michael Lohan told Hollyscoop exclusively:

“It’s really easy to speculate and rely on sources, as to what people say or do, and believe me, from my own experience, most of the time it’s twisted or wrong. Put yourself in Lindsay’s shoes. If you were being badgered by paparazzi, trying to avoid them, while wearing high heals and shielding you [sic] face, what would you do? Do you think you might fall? Give me a break. Have a heart! When Lindsay is wrong, she is wrong, and I say it! But when she is right I will stand up for her.”

Michael, who has expressed his concern for his daughter’s safety in the past, is now distraught over it, and planning on doing something about it. “I am saying this once and mark my words,” Michael told Hollyscoop. “If the people and paparazzi cause any harm to my daughter, heart attack or not, I am on the next plane and they are going to deal with me and my security team.”

Michael isn’t kidding either. He added, “If you doubt me, contact “Tako” at www.sickassocycles.com and ask him or Lindsay. He has already been called and is waiting to leave. Hell may not have the fury of a woman’s scorn, but it can’t compare to the love and sacrifice a father has for his kids/family.”

I’m sure Michael Lohan has the best intentions in mind, and truly wants is daughter to be safe, but I just can’t stopping thinking there are ulterior motives involved. I mean, it is media-whore Michael Lohan, after all. 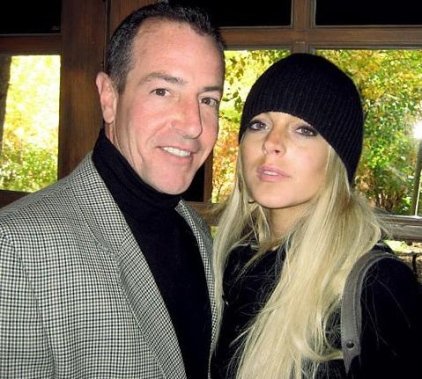