Here’s some great, wonderful news for a Monday morning. And by great and wonderful I mean deplorable and just plain wrong.

It’s being reported that Constance McMillen – the young girl whose prom was cancelled because she had the gull to want to be herself and bring her girlfriend – is yet again on the losing end of the prom stick.

Apparently after there were threats of legal action, Constance’s Mississippi school announced they would hold a parent-sponsored prom, which Constance and her girlfriend would be able to attend.

But what they didn’t tell Constance and her date, as well as about seven other students, was that the prom they were attending wasn’t actually the “real” prom.

The prom the school district promised at the country club in Fulton was a ruse. Only seven kids, Constance, and her date showed, and at the same time, everyone else held a “real” prom at a secret location out in the county.

This is all after the school district had represented to Judge Davidson that Constance was invited to a parent-sponsored prom to be held at Tupelo Furniture Market. The school represented that Constance was invited in court filings, testimony, and representations by the school district and its lawyers. In reality, Constance had not been invited, but, based on the representations by the district and its counsel, Judge Davidson denied Constance’s request for a preliminary injunction that she could go to the prom.

The school reneged, or possibly didn’t ever intend to follow through on its representations to the court. The parents didn’t want Constance at the prom and didn’t want to be sued (as they told the Clarion Ledger), and so on Tuesday announced the cancellation of the prom.

But what they’d done was secretly relocated it.

Some folks are saying the rumors of a “real” prom aren’t true because how could that many students keep a secret. But I think it’s possible – they’re obviously blinded by hate – hate that they were keeping secret until a lesbian reared her ugly head and threatened their state of ignorance.

So yeah, they could keep a prom secret if it meant keeping the evil lesbian and her evil gay supporting friends away from their sacred school dance.

This whole thing is just disgusting. What the hell is wrong with people? Seriously.

You know, I used to be proud to be from Mississippi, but now…..not so much. 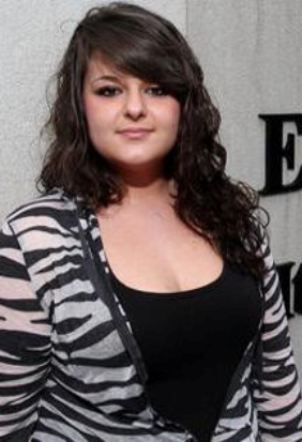