The survey mission gave Carol and Dean ample time to sample more than just soil and plants; they sampled one another. Neither had planned on the suddenness of their affair, at least not Dean Flavin. A professional geologist, Dean volunteered to scout out the next settlement for Ceres colonists. An influx of civilians from Earth precipitated expansion, preferably to an area that boasted healthy soil and not too much rocky terrain. Carol Walker, a botanist by profession, agreed to collaborate with Dean, citing the survey would provide an excellent opportunity to collect and catalogue new plant species.

They were formally introduced three days before their departure. “I’m so glad to be taking the trip with you Dean. I’ve read all your journals and admire your work.” Carol, fawning over what Dean considered trivial accomplishments, held onto his hand, embracing it as if something more than admiration might be intimated. Dean was more capable of comprehending petrography—the study of rocks—than deciphering the desires of the female species based on a single handshake. Oblivious to Carol’s true intentions, Dean spent the next few days packing and prepping for rock collection.

For him to be involved in this mission, Dean and his wife Cindy sacrificed a week’s time—time they might have spent conceiving their first child. Dean swallowed his guilt and told himself his involvement was for the good of his future children. Time passed so quickly. Dean’s thoughts were consumed by the mission and pondering his time away from Cindy. Before he knew it, he found himself bidding his wife goodbye and setting off in a rover with a mere stranger.

All civilian couples were required to conceive a child within three years of their arrival date or face deportation back to Earth. They signed contracts agreeing to populate the planet as quickly as possible; in other words, the Earth’s governmental rulings mandated they be fruitful and multiply. Most Ceres couples went about this challenge with zeal; Cindy and Dean were having more than just frequent sex, and he missed her already.

Dean, caught up in the prospect of authoring field journals, didn’t notice the alluring glances from his new mission partner, Carol. The rover was a large vehicle designed to accommodate field missions, equipped with beds, a kitchen, living room and bath. Carol could have kept her distance from Dean—but she didn’t. She found small excuses for keeping him company in the rover’s combination navigation deck and living room. Ignoring her presence, Dean alternated his attention between several manuals and the vehicle’s view screen.

The rover was fast-approaching a majestic, purplish-colored mountain range. While the onboard computer navigated a course, Dean felt he needed to keep a personal watch on the rocky path ahead. Sensors blinking in ever more urgent patterns warned him a rough ride was imminent. The information both scared and encouraged him. He felt like a true pioneer. No other Ceres civilian or scientist had previously ventured this far from Reliance Point—the name of the first settlement—located about fifty kilometers away from the mountains. The initiation of a new settlement, beyond the mountain range, would place colonists forty kilometers from Ceres’ nearest ocean, in a southwesterly direction from Reliance Point.

As the rover maneuvered closer to its destination, Dean stopped perusing his tech manuals and focused his eyes solely on navigational controls. Carol, pining to win Dean’s attention, became agitated. She attempted to draw attention to herself by combing her long blonde hair vigorously. Perhaps it would release some of her angst.

Dean’s vigilance over the instruments was totally unnecessary. The onboard computer alerted the team of any dangers far in advance and make the required course corrections. Nevertheless, Dean kept watch not only on the rover’s view screen but on a small panel underneath it, which displayed data from infrared technology, showing radiation emanating from the soil. Dean Flavin hovered, he was a hands-on sort of guy, always excited to plunge his hands into soil or work diligently to pull a rock out of the ground using his might. His physical efforts were nonessential, yet Dean felt compelled to maintain a tactile touch with his work; to keep his heart in physical proximity with his desires, never to forget he was flesh and blood and that the exhilaration of touch often gave humans their most gratifying pleasures.

As he watched, Dean prattled on about how rock dating might give scientists an idea of how old Ceres was; Carol did not fail to acknowledge the importance of Dean’s observations by moving closer and placing her hand upon his thigh to assure the scientist of her solidarity.

“You’ll be a hero, Dean; your children will look up to you. You’re helping to find a new home for hundreds, possibly thousands, of people.” She paused to blush. “Oh excuse me for being blunt, Dean. I do assume you and Cindy are in the process of making child.” Dean laughed with a nervous snort, his eyes darting between the two readout screens. She had gotten his attention. “Yes, we are. How about you and Tom?”

“Certainly.” She paused again, the skin around her lips crinkling to offer the slightest smile. “It’s mandated, you know.”

Dean did not laugh this time. He turned his gaze away from the screens for an instant, catching a mischievous look in Carol’s large brown eyes. They nearly twinkled. Her expression nearly made his heart skip a beat, and it began to stir some feelings in areas that had nothing to do with scientific analysis or topographical studies. With his mouth suddenly parched, Dean changed the subject.

“So I bet you’ll be classifying some new plant life. I bet your children will be very proud of you too, Carol.”

She dismissed his compliment with a wave of her hand.

“No, no, Dean. Your work is much more consequential. You’ve got to make sure the area is free of radiation.” She didn’t have to remind Dean the entire planet had been bombarded with dark matter radiation a few years ago. The event resulted in some very unconventional solutions—solutions Dean didn’t dare even to daydream about. He grimaced.

“Oh, I’m sorry, dear—I mean Dean—I hope I didn’t upset you. So tell me more about how rocks will help date our new planet.”

Dean launched into an explanation. He resumed staring straight ahead at his view screens, unaware the sparkle in Carol’s eyes had lost some of its sheen.

His raised eyebrows and broad grin oozed exuberance, as if he had quickly forgotten about the planet’s dubious past. “You know, Carol, history will list us as two of the first five hundred settlers of the Ceres, no trivial honor, mind you.” He turned to Carol, raising an index finger to add emphasis. But Carol, nearly launching into a yawn, had all she could do to stifle her disinterested response. It really didn’t matter if she had concealed her boredom; Dean seemed to be enjoying his self-serving dissertation. “The first planet in the Andromeda Nebula to become home to humans! A small Mars-sized satellite boasting a rich oxygen/nitrogen atmosphere. Just take a moment and imagine what we’ve begun, Carol. Earth space travelers had never found such a life-sustaining planet in the Milky Way, after hundreds of years of searching. Who would ever imagine our generation would taste the fruit of this new world?”

“Well Dean, all I can say is that I hope humanity has time to savor that fruit. I’d hate for other things—other species—to acquire a taste for our new world.” Dean didn’t inquire further. He replied with a grunt. Carol had been referring to the androids now residing on Ceres. Their creation had happened by chance and necessity when radiation poisoning threatened to end the colonization efforts.

Gary Starta Tour Page at Pump Up Your Book

Buy ‘Gods of the Machines’ at Amazon.com 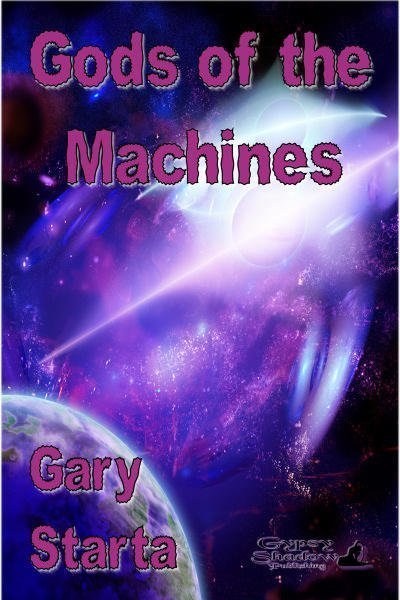 Gary Starta is a former journalist who studied English and Journalism at the University of Massachusetts in Amherst.

His love for science fiction compelled him to write his first novel ‘What Are You Made Of?’ published in 2006. Inspired by Isaac Asimov, the science fiction novel focuses on intelligent artificial life and whether sentient androids should possess the same rights as humans. The androids in Starta’s novel are created as hybrids – part machine, part human – further blurring the line between human and machine. Starta foresees a near future where humans will be forced to decide if intelligent machinery is indeed a life form. Possibly, in this near future, some humans will possess computer enhancements to overcome disabilities becoming hybrids themselves. The line between biological life form and mechanical life form will continue to be examined in a follow up novel now being written.

Starta cites Stephen King and Dean Koontz as inspirations for his 2007 novel ‘Blood Web’ which is also reminiscent of the The X-files television/movie series. Contemporary authors Laurell K. Hamilton, Rachel Caine, Jim Butcher and Kelly Armstrong also fuel his aspiration to create paranormal suspense. The follow up novel to ‘Blood Web’ – ‘Extreme Liquidation’ explores Caitlin Diggs’ supernatural gifts including the ability to see the future in dreams and to read a person’s character through emotions.

Starta’s crime novella ‘Murder By Association’ blends mystery with forensic investigation. It is a departure from previous books because it contains no science fiction or paranormal elements. Additionally, Starta foresees his 2008 novella ‘Alzabreah’s Garden’ – a fantasy romance – as another out-of-the-box effort.

See my website for all my books: including ‘Extreme Liquidation’, a follow up to ‘Blood Web’ now available from Lyrical Press or visit my profile on Amazon for reviews and posts. 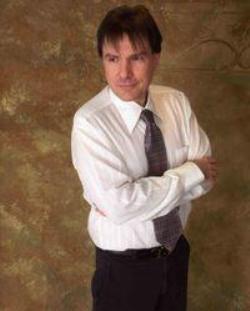