Well, here’s a little bit of news that came out of left field.

Actress Nicole Kidman and her country-singer husband Keith Urban have a new baby.

The couple’s second daughter together, Faith Margaret Kidman Urban was born on December 28, 2010 at The Women’s Hospital at Centennial in Nashville, Tennessee. Although a surrogate gave birth to Faith Margaret, she is indeed the biological child of Nicole and Keith.

“Our family is truly blessed, and just so thankful, to have been given the gift of baby Faith Margaret,” the family says in a statement. “No words can adequately convey the incredible gratitude that we feel for everyone who was so supportive throughout this process, in particular our gestational carrier.” [source]

Kudos to Nicole Kidman and Keith Urban for actually being able to keep the birth of their new baby under wraps; such a secret usually doesn’t keep well in Hollywood.

I wonder why Nicole Kidman didn’t carry the baby herself. I hoping it’s a medial thing, and not some stupid Nicole-didn’t-want-to-get-fat thing.

Faith:
Simply from the English word faith, ultimately from Latin fidere “to trust”. This was one of the virtue names adopted by the Puritans in the 17th century. [source]

Margaret:
Derived from Latin Margarita, which was from Greek “margarites” meaning “pearl”, probably ultimately a borrowing from Sanskrit. Saint Margaret, the patron of expectant mothers, was martyred at Antioch in the 4th century. Later legends told of her escape from a dragon, with which she was often depicted in medieval art. The saint was popular during the Middle Ages, and her name has been widely used in the Christian world. [source] 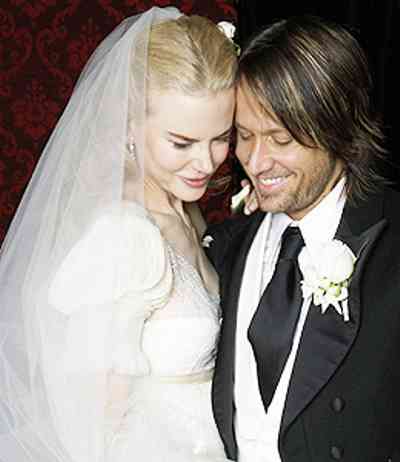