Singer Vince Neil pled guilty on Wednesday to driving under the influence near the Las Vegas Strip last summer, and was sentenced to just over two weeks behind bars.

A temporary judge who took the plea before reporters arrived sentenced Neil to 15 days in the Clark County jail and 15 days on house arrest under terms of an agreed-upon plea deal that spared him a trial on a misdemeanor driving under the influence charge.

Neil could have faced up to six months in jail if convicted.

Vince and his legal team appeared 90 minutes early before Las Vegas Justice of the Peace Pro Tem Gerry Zobrist, court officers said. Media members arriving for a scheduled 9 a.m. plea learned that Neil had come and gone, according to reports.

“My understanding is he came in early and they just moved it up,” said court spokeswoman Mary Ann Price, who was in the courtroom for Neil’s appearance.

Neil said nothing more than “guilty” to the charge against him, Price said. He was also fined $585 and ordered to attend drunken driving abatement school and to view a victim impact video online.

Clark County District Attorney David Roger denied Neil got a break. He pointed to the sentence of 30 days of jail and home detention. 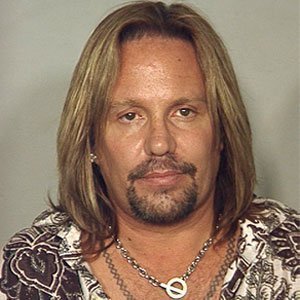