I love random Hollywood trivia, so clearly the book Hollywood Stories: Short, Entertaining Anecdotes About the Stars and Legends of the Movies! is my type of read.

While I knew off the bat that I would enjoy the book, author and story teller, Stephen Schochet, far surpassed my expectations. His knowledge of inside-Hollywood both past and present is astounding.

The book would make a great gift for the Hollywood buff in your life, by the way. 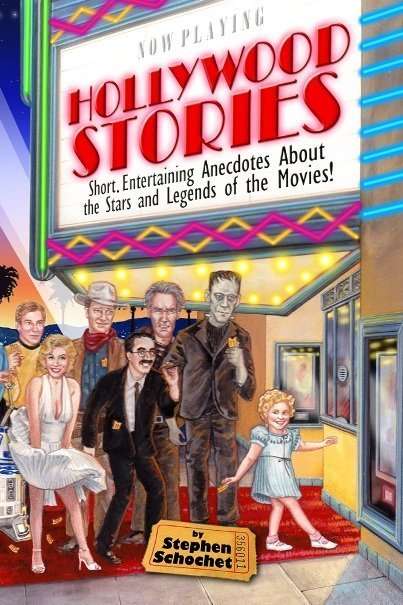 Now I can really annoy people with my Hollywood trivia at holiday parties this year!

Since it would be impossible for me to narrow down all the stories to my favorite few, I decided to open the book to three different pages and pick three random anecdotes to share; just enough to wet your appetite and make you want to find read more…..

Without fanfare, Samuel Leroy Jackson of Chattanooga, Tennessee, became the highest grossing actor in cinema box office history. His Oscar-nominated turn as a philosophical, Jheri-curled gangster in the 1994 crime drama Pulp Fiction brought the forty-six-year-old to the attention of both executives and moviegoers. While other stars would insists on huge salaries and top billing, Jackson would take on small roles if he thought the films worthy. He could be counted onto come to work without an entourage or a prima donna attitude. By 2005, the sheer volume of his appearances on screen allowed him to surpass Harrison Ford in ticket sales, yet Jackson still remained under many people’s radars. One time Samuel was at a public event with his good friend, actor Laurence Fishburne. A woman politely approached Fishburne for an autograph and with Jackson standing right there told Lawrence, “I loved you in Pulp Fiction!”

…Mickey Mouse’s film debut was called Plane Crazy (1927), abased on famed aviators Charles Lindbergh’s transatlantic flight. The rodent was presented as a sometimes nasty character, who in midair tire to force himself on his girlfriend Minnie after she rejected his amorous advances; the angry female slapped him and then escaped by bailing out of the plane.

Director George Cukor was uncertain if thirty-one-year-old Judy Garland could convincingly convey her nervous breakdown in the 1954 musical A Star is Born. With her reputation for lateness and heavy drinking, Garland had fallen on hard times. The troubled actress had been fired two years earlier by MGM and was counting on the Warner Bros. vehicle to begin her big comeback. The show had been simple so far; Garland had not been required to stretch beyond her musical comedy comfort zone. But now it was time for Judy’s dramatic reaction to the death of her screen lover, played by James Mason. After Cukor called “Action,” the former vaudevillian went into such wild histrionics that the cast and crew were terrified. Her performance in the scene helped to land her and Oscar nomination. When the delighted Cukor congratulated her for giving him what he needed, Garland smiled. “It’s nothing. I do it at home every day.”

About the Author, Stephen Schochet:

A professional tour guide in Hollywood, Stephen Schochet has researched and told thousands of entertaining anecdotes for over twenty years. He is also the author and narrator of two audiobooks Tales of Hollywood and Fascinating Walt Disney. 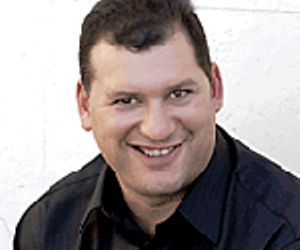