Once upon a time there was a beauty queen named Carrie Prejean, who grew up to be Miss California and the first runner up to Miss USA. She kinda maybe would have been Miss USA if she hadn’t completely blown the interview portion of the pageant by opening her mouth and shoving her foot in it.

Coming in second didn’t sit too well with Carrie Prejean, and arguments ensued between the beauty queen and the rulers of the Miss USA pageant, Keith Lewis and Shanna Moakler.

Carrie gathered up a little group of elves and went through the Queendom spreading the word of traditional marriage, and allegedly became un-reachable by phone or homing pigeon. Eventually Carrie Prejean lost her crown and it was announced that she was no longer Miss California.

This did not go unnoticed by the fallen beauty queen so she gathered up another team of elves and took to the courthouse.

Carrie and her elves are also saying the pageant officials purposefully set her up to fail.

…pageant officials “fabricated a fraudulent list of some 50 public appearances allegedly missed by Prejean which they released to the media in order to justify her termination as Miss California USA.”

She also says they “set up Prejean to have her dismissed as Miss California USA by asking her to do a Playboy photo shoot for $120,000.”

Prejean’s attorney, Charles S. LiMandri, tells RadarOnline, “To us it’s outrageous what happened. There’s no doubt in our minds, that if she had answered that question at the Miss USA pageant differently she’d probably still be Miss USA right now, but she’d definitely still be Miss California.”

“Over the past two months we have worked hard to provide overwhelming evidence that Carrie Prejean did not violate her contract with Miss California USA and did not deserve to have her title revoked by Keith Lewis. We will make the case that her title was taken from her solely because of her support of traditional marriage. Keith Lewis has refused to clear her good name or even to admit any wrongdoing.

Therefore, Carrie Prejean is left with no alternative but to take her case to court where she expects to be fully vindicated.”

In response, Shanna Moakler released a statement through her attorney.

“On Ms. Moakler’s behalf, I can say unequivocally that Ms. Prejean’s lawsuit is without merit.

More importantly, as everyone who watched or read her public statements is well aware, Ms. Prejean’s unfortunate and bigoted statements are responsible for any public humiliation or damages to her reputation that she has claimed to have suffered.

Ms. Moakler strenuously denies that she did anything wrong and looks forward to proving that in a court of law.” 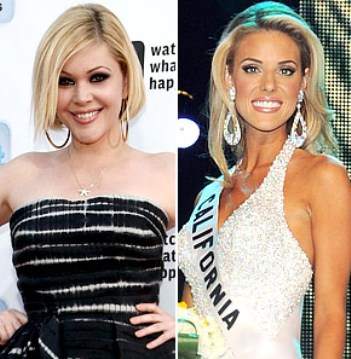